Stephanie Lindloff is a legal assistant at Pritschet & Ureke, PLLC. She assists with a variety of immigration matters such as family petitions, naturalization applications, asylum, removal defense, adjustment of status, and visa processing cases. Stephanie joined the firm in 1997, when she started as a part-time support employee. Over the years she took on greater responsibilities and additional duties, which broadened her knowledge and experience about the immigration law and process. In 2014 she joined the firm as a full-time legal assistant.

One of the things she likes best about working at Pritschet & Ureke, PLLC, is that there is never a dull moment. Each client is unique, each case possesses its own singular facts and situations, and each day presents varying opportunities to help families reunite or stay together in the United States. Stephanie is a stickler for detail, and she enjoys working with people directly and assisting them in accomplishing their goals and aspirations. 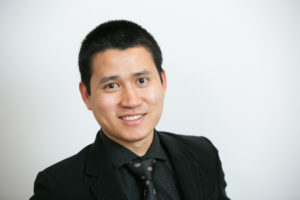 Karn Tintani is a student law clerk at Pritschet & Ureke, PLLC. He assists staff attorneys with legal research on a variety of immigration matters. Karn joined the firm in September 2018. In addition to clerking at Pritschet & Ureke, Karn is a certified student attorney at the Legal Assistance to Minnesota Prisoners: Mitchell Hamline School of Law. He worked as a student worker paraprofessional at the Office of Freight and Commercial Vehicles Operation: MnDOT before joining our team. Karn was also an intern at the Office of Governor Mark Dayton and Lt. Governor Tina Smith and the Advocates for Human rights.

Karn is an international student from Thailand. He holds a bachelor’s degree in Law from Ramkhamhaeng University which he received in 2015. He also earned an LL.M. degree from the University of Minnesota Law School. Currently, Karn is a third-year law student (J.D.) at Mitchell Hamline School of Law in Saint Paul, MN.

In his free time, Karn is a half marathoner. During the summer, he usually gets some miles under his belt at Lake Como. He is also a huge fan of Manchester United Football Club.